Astrantia major 'Buckland', a member of the Apiaceae family, is also known as masterwort. The flower’s rhizome is still used in folk medicine as a herb* to aid digestion, and it is also very popular with honeybees. Will Astrantia become your favourite flower too? 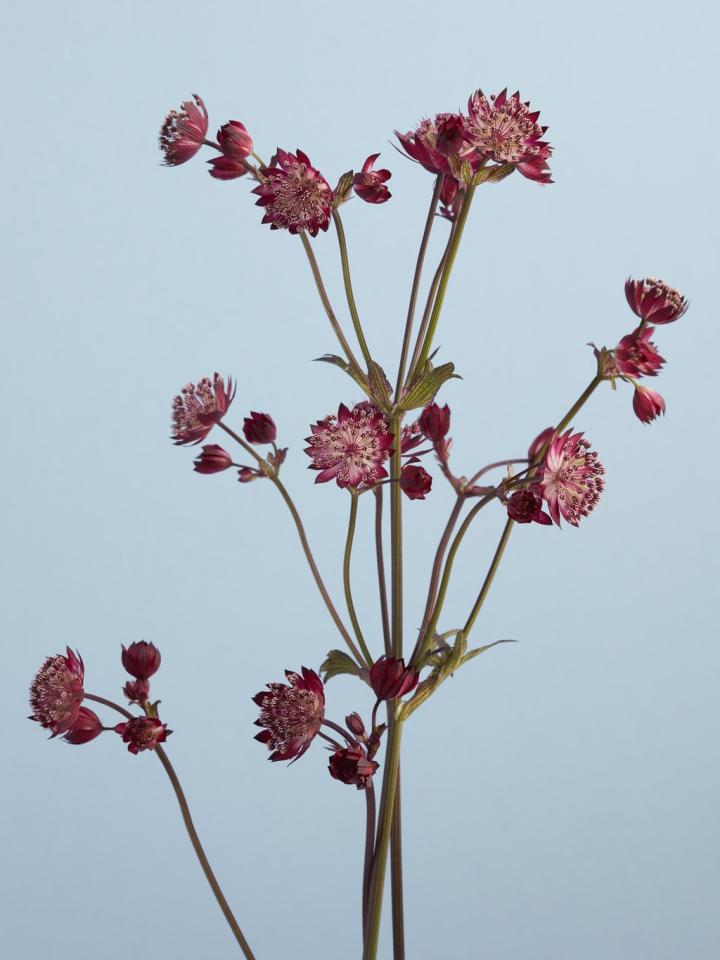 Astrantia is a member of the umbellifer family, where many tiny flowers are grouped together on short stalks. In Astrantia, the pink and white flower groups, or umbels, look like a single flower, which is quite unusual. The flower's stem bears few leaves.

The name Astrantia is derived from the Latin word ‘astrum’, which means ‘star’. The flower's shape makes it obvious why.

Astrantia is native to Central and Eastern Europe and Asia, where it grows mainly in mountain meadows and forest clearings. Astrantia can be found in the Alps up to a height of at least 2000 m.

*One more thing: never tuck in to just any old (cut) flower or plant; only use edible flowers from specialist suppliers that have been grown for human consumption.