Lavender has been documented in recipes for more than two and a half thousand years. It is no wonder then that it has always been a garden staple, whether growing in pots on a patio or bordering a winding path.

Historically English lavender was most commonly used as a savoury herb, in dried form or vinegars, as a substitute for rosemary - a close relative. In more recent years, lavender has made somewhat of a comeback paired with sweeter foods where it’s intense flavour can be showcased on its own.

This lavender shortbread is heaven for floral fans, and the colourful flowers also decorate the tops, turning a rather plain staple into something much more interesting.

Either fresh or dried lavender can be used, but it’s important to bear in mind that dried flowers are more potent. Once cooled, the shortbread will keep in an airtight container for up to two weeks. Try storing a sprig of fresh lavender in with them to boost their flavour. 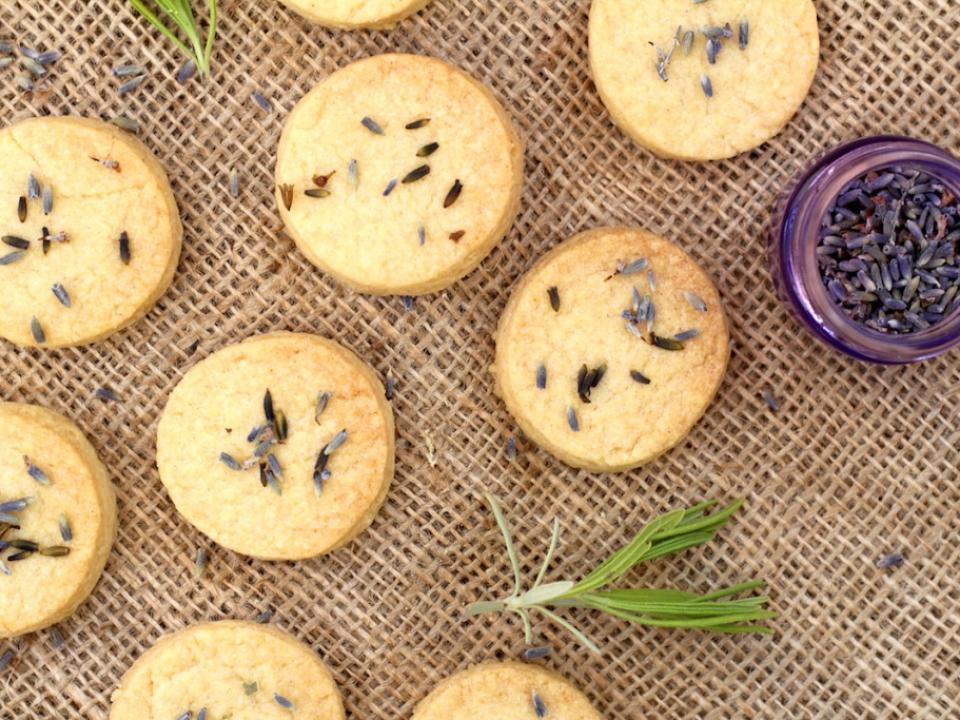 * Use flowers specifically grown for consumption.

Food
Back to top