If there's one flower that’s bursting with symbolism, it's the lily. Amiability, purity, love, fertility, femininity, unity and transience; it represents all of them. Of all these symbolic meanings, four stand out. You can read more about those below.

It's the shape, the variety of colours, and the sweet scent in particular that make the lily the ideal symbol of femininity. That meaning dates back many centuries to ancient Egypt. Greek and Roman brides were often given a crown of lilies in the hope of a pure and fruitful life.

It was really 'not done' to express emotions in the uptight Victorian era. But then how could people tell one another how they felt? A secret language was found to be the solution. By giving every flower a particular meaning, they created the language of flowers: floriography. The Romans used lilies to fill pillows and quilts because of its lovely scent. Lilies thereby became the source of the fragrance of love. If a lady was given this sweet-scented flower, she knew: 'This is my lover'. 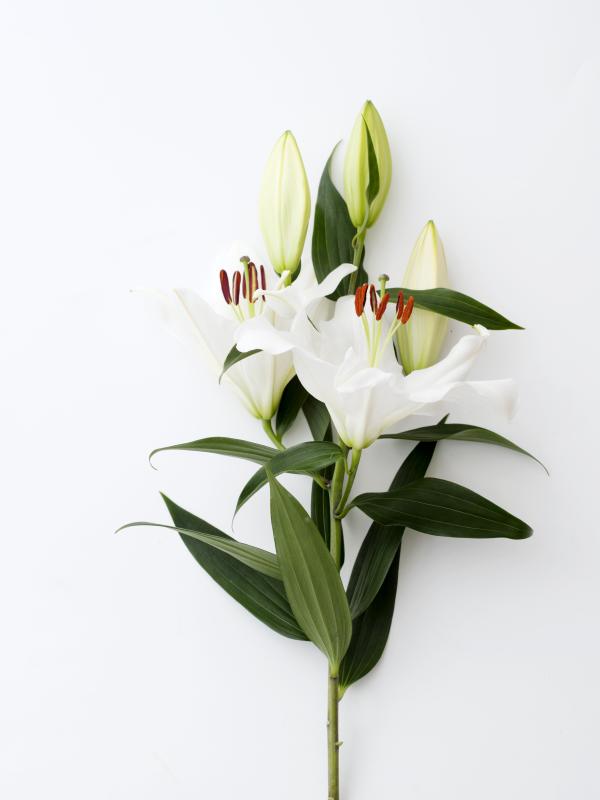 You've probably noticed that white lilies are often used at weddings. The reason for this is that - in Christianity at least - white lilies symbolise virginity and purity. The white lily is therefore also known as the Madonna lily. And you may also have noticed that the lily is often depicted as a religious symbol in conjunction with the Virgin Mary.

Flowers are not just a good way of expressing emotions when we are happy and cheerful. Flowers also enable us to say things without words at times of loss and mourning. Lilies are often used at funerals; the serene, pure look of the flower is very much in keeping with such occasions.

What feelings does the lily evoke in you? Tell us by leaving a comment below. We'd love to know!

No gift more powerful than a bouquet of flowers

We thought this was true, and now science has proved it
Home People

Flowers lift our spirits in the morning

Discover all the reasons why
Home People

Flowers with a message
People
BACK TO TOP